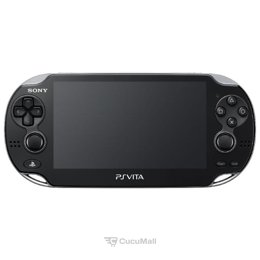 0.0About store
Playstation Vita Take the greatness of PlayStation on the go with the ultimate gamer’s companion On the PlayStation Vita system gamers can play over 1 000 PlayStation games stream PS4 games via Remote Play and stream PS games via PS Now This slim and slee Read more

0.0About store
PlayStation Vita Wi Fi System Mega Pack with 8GB Memory ard Transform the way you connect game and share A stunning 5’ OLED screen and front and back cameras transport your physical world into your digital one Play the biggest and best games for a social Read more

Very nice hardware with good performance and quality feel. The software then? Launch titles are better than expected. I have so far gained Rayman Origins (as good as on PS3), MotorStorm RC (interesting cross-play with the PS3, but not that interesting otherwise), Mutant blobs attack (nice platform game in the indie-style), Super Stardust Delta (very addictive, but perhaps not so very long life) and Everybody's Golf (super nice). Even with these launch titles are gaming experience clearly the best so far among handheld game consoles. The innovative control methods (sixaxis, touch on the back), I give not much. I play with them off whenever possible. A minus is that the system software is a bit lame with some bugs. For example, you can not start the Mini as getting free PlayStation Plus (always gives error C1 2858-3). Same Minis purchased at the regular work though! PS One games are not supported at present, and it is unknown if the support comes. Should I buy the 3G or WiFi version? I think it's bad that not all functions can be run over WiFi is available via 3G. This draws heavily down the value of the 3G feature. For me, WiFi just right, then I'm not so interested in social functions when I play. In summary this is a worthy successor to the PSP that raises the bar considerably. Dedicated handheld gaming machines are definitely not dead, despite cheap smartphone games. At least not for real gaming enthusiasts who want a deep game experience and good game control.

An affordable console! very good screen, large and colorful with a very good response on the touch screen. The physical control levers and buttons feels very good, can be a little difficult at first with the rear touch panel, which is often put his fingers on it. the camera does not take good pictures but working properly to games. A minus for the browser which is pretty tough, can get better with future updates. Lacks TV-out, it would have been fun to play on a big TV. Present, very few games to the console but there are some really great games that Rayman Origins. Great console with many positive sides and negative. after using the console in any week began left joystick clatter and click something, a little less

Works great with 4an!

RazerBlader
Guest
06 March 2017
Do not recommend the purchase

"Haters gonna hate" states, which in this case is correct. I've been with since the 90s, in terms of Sony, this is the second time they get a big NO-NO from me. The last time was when they removed the Other OS feature on the PS3 (Give me the E3 flasher). Here comes the negative, big minus in my world. -Their Joke to specialized memory that is over prized. Deficiency of AAA titles. -No Disc drive, which means you must have purchased all the titles to PSPN over PSN. -The Fact that the console was dead already when you bought it (DoA), not literally, but with the non-presence of many titles held as planned "YES, now it will soon PS whites. Then how bad thumbsticksen feel, feel they are not as "natural" as their secondary controls.

kroken
Guest
03 March 2017
Do not recommend the purchase

Ok, I give up and lie down flat on rygg.-This is indeed a truly remarkable machine!. I own currently a common PSP 3000 series, and find keys in general, and the so-called analog control in particular, is awfully bad for an expensive hi-tech, and lyxprofilerad use product. Although the battery life is ossified bad, where you have to be happy if it lasts for an hour's use, which Sony itself speaks of "4-5 hours". But one can still witness to the small appliance really is something beyond the vanliga.Bildskärmen is breathtaking in terms of ... EVERYTHING indeed!. Stereo sound adds a lot to both games, film, and musikanvändande.Har one time and patience so GO the surfing via wi-fi with it, albeit quite halvpissigt.Å with component cable, respectively. audio cable, you can connect to big screen TV and stereo system. --- When it comes to this sequel "PSP VITA", then it is an upgrade both the inside and outside of the previous model, to such an extent that one can speak of a real paradigm shift. Although the relationship between the old PSP and PS 2 (and the associated backward compatibility with PS 1) was obvious, so there seems to be some direct correspondence between the PSP VITA and PS third-But it had probably been a little too much to hope for, perhaps, . Games to PSP VITA IS however unbelievably graphically well-made, though not quite on the PS 3 level. The poor control buttons have been redesigned thank the goodness and the analog controller is now finally a real lever, and not "a plastpaljett from kindergarten dandelion". With that said: Thank you Sony!, But No Thanks!. 1800 bucks for a portable media device in 2013, is hardly realistic!. If you choose an Iphone by ngn later model, so there is a wide range of substantial good games that are cheap / gratis.Föredrar to an Android phone, well then the sample becomes almost infinite, and still cheap / free. -In a Windows teddy is very of what has already been mentioned, plus a natural relative proximity to all the games released for Windows computers .. EVER!. Moreover, there is both more and less legal ways to play the game from the XBOX family who ported ( yes, it is called that) to Windows Phone.-On If you choose an Android teddy from Sony's own Xperia series, so one can at equiv. way Access ported material from Playstation Console The history, which stretches back to 1995!. In all cases, simple, inexpensive way to get access to the majority of the playing experience of today, which are available (inkl.Retro gaming!). Everything in the phone that you STILL HAVE AND CARRY WITH YOU!. Though movie, music, pictures and a myriad of other things fit /'s such an entity, + then you can actually make calls with it too!. Why drag along its Smartphone AND A PSP VITA FURTHERMORE, which incidentally is even larger / heavier '. Å if one so keen to have a separate gaming device, why spend upwards of two thousand bucks for Den.-On Chinese websites can be at significantly lower prices to get equivalent. PSP-inspired so-called "MP 5 players" (trademarks Yinlips and JXD seem particularly prominent in technological sophistication), where such software-based emulators for PS 1's built-in default, and where full accessibility to all androidvärldens infinite number of games available tillgänglig.El. why not a used "old-PSP",. They cost a pittance on the block / eBay, and memory card on nga UMD games included almost alltid.-Add some more, on you can get one in almost new condition!. Or why not turn to the budget option "PSP 1000 Street" '. Completely brand new, for under 800, - with a little luck!. Not to mention what the competitor Nintendo has to offer, such as the hybrid Wii U, where the stationary bracket's handset, oxå fung. as a standalone portable enhet. Or the slightly older DS / DSI THE FAMILY, where the pricing is very attraktiv.-There are MANY alternatives to a PSP VITA. At least in the current situation, when the price tag begins at 1800 - at the unassuming web jumpers, and pulls away over the two thousand mark on "high street". Sony must adapt to reality, to the contrary will never happen. A halving of the price tag, at least in the long term, is necessary if the "Playstation Portable" philosophy from 2005 to survive at all. / M.